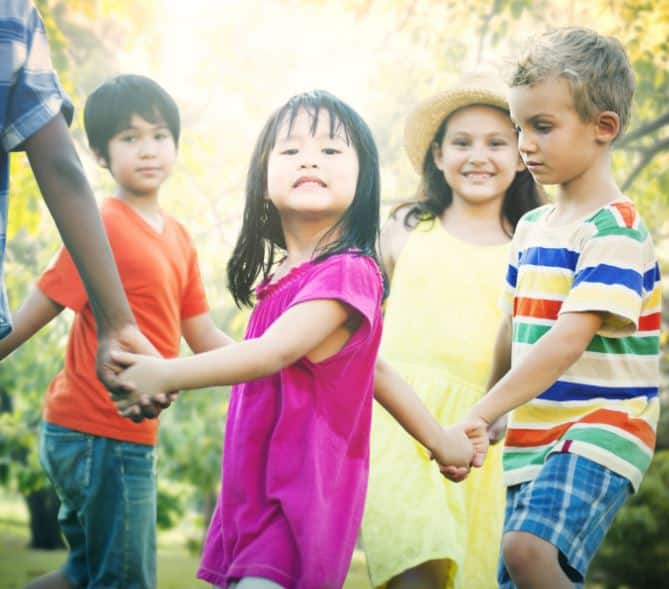 As a parent who is new to Montessori, you may be slightly alarmed when you first hear the term ‘normal’ or ‘normalisation’.

In Montessori education, the term ‘normalisation’ doesn’t refer to your child being ‘typical’ or ‘average.’ Instead, the term is used to describe a unique process in child development, where children become contributing members of their community.

Normalisation consists of a child’s ability to concentrate and work freely in the Montessori environment, using the Montessori materials to fully engage their interests, and exercising self-discipline and peace.

There are four characteristics that are commonly associated with normalisation:

1. Love of work: The ability to choose work freely and find joy in work
2. Concentration: The ability to work continuously following a progressive interest
3. Self-discipline: The ability to focus energies and mental capacities in the pursuit of self-mastery
4. Sociability: The ability to help, respect and have sympathy for others

Doctor Maria Montessori cited normalisation as “The most important single result of our whole work.” (The Absorbent Mind, 1949.)

Children build the foundations of character and personality that are necessary for normalisation by following a three-period work cycle, consisting of:

1. Preparation for work: Gathering the Montessori materials, and preparing the mind
2. Work: Focused concentration on the activity or material
3. Rest: Deriving satisfaction from completion of work

As children learn to effectively complete the work cycle, they progress through the three stages of normalisation. Each stage builds on the one before it, as they slowly master the skills of concentration, love of work, self-discipline and sociability.

Children who reach the third stage of normalisation have typically attended a Montessori preschool three or more days per week, and are usually between five and six years of age. During this stage of development, children can focus intently on one activity, and then move onto the next activity without disturbing the work of others.
Minimal supervision is required, as the children’s work is self-directed, and self-sufficient. As Doctor Maria Montessori states: “The children are working as if I do not exist.” The role of the teacher in the third stage of normalisation is to observe and guide children’s interests and activities to the next level.

Children who have achieved normalisation understand the ground rules of the Montessori classroom, and follow them, because they know that doing so leads to peace and harmony in their environment.

They are patient, focused, and respectful of all things, living and non-living. They have learned to exercise self-control and discipline, and engage in work because it fulfills their desire to achieve a greater understanding.

The Montessori environment is designed to lead children through the stages of normalisation at their own pace. Each child is unique, and there is no set timeframe to achieve normalisation.

Through the Montessori materials, interactions with their environment, and the guidance of their teachers, children will gradually acquire the skills and character traits of normalisation in their own time.

The Process of Critical Reflection

The Process of Critical Reflection