Montessori Academy has been inspiring confident, courageous, independent learners since 2000.

Montessori Academy is Australia’s leading Montessori Early Learning Group. We deliver a Montessori Education Program that nurtures each child’s full potential so they become the confident, independent, and courageous learners they were born to be.

Montessori Academy was founded in the year 2000 by husband and wife, Charles and Colette Assaf, with the purpose of providing families with a high-quality alternative to play-based childcare. They initially became involved with Montessori education while they were searching for educational childcare for their own five children. After visiting numerous childcare and long day care services, they felt that something was missing.

Charles and Colette found what they were looking for in a Montessori Kindergarten in Croydon. Through an observation window, they observed their first Montessori classroom in action, and were astounded by how different the Montessori approach was to traditional play-based childcare.What amazed them most was the unique educational materials.

They watched on, astounded, as children approached the shelves, chose an activity, and found a space where they wanted to work. They could see children problem-solving, working independently, and learning through hands-on experience by using the educational materials. There was a distinct sense of joy and harmony that was unlike anything they had ever seen. As Charles and Colette departed the centre, they knew, without a doubt, that Montessori was the right choice for their own children. They enrolled their children the very next day.

In the year 2000, the Montessori Kindergarten where their children attended was put up for sale. Without hesitation, Charles and Colette made the decision to purchase the centre, which became the first Montessori Academy. Charles and Colette’s vision was to establish an early learning service that would continue Doctor Maria Montessori’s legacy and to make Montessori available to as many children as possible.

They spent the next five years learning everything they could about Montessori Education and developed their experience as childcare operators. Over time, the centre’s reputation grew, and with it demand for Montessori Education. This is when Charles and Colette made the decision to invest everything that they had into the business so that they could open a second centre. 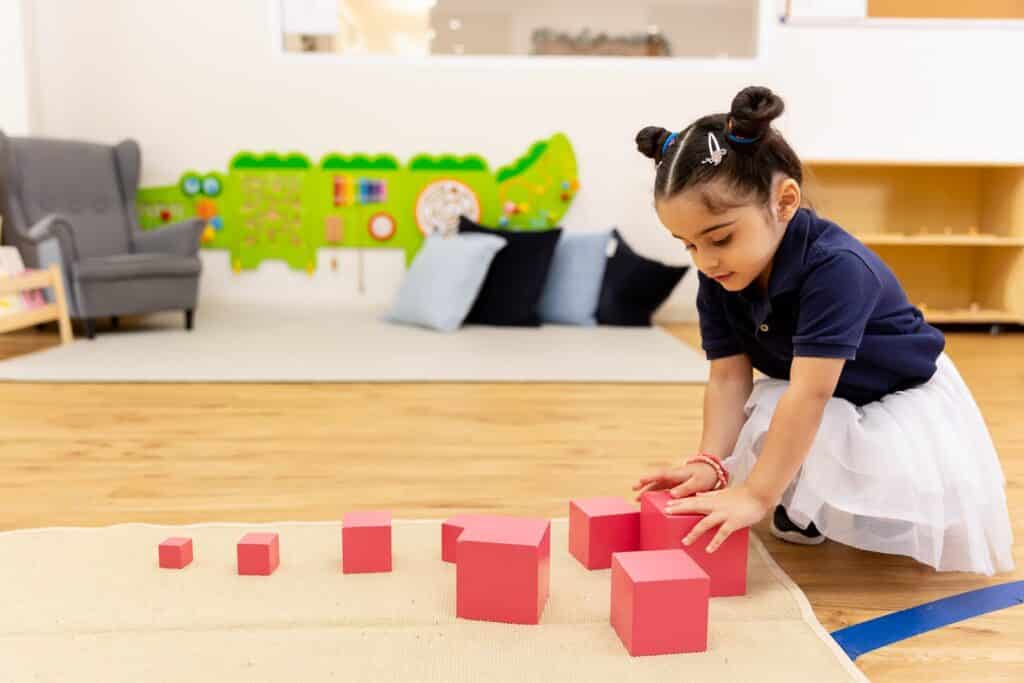 Montessori is a scientific approach to early childhood education that was developed by Physician, Anthropologist, and Pedagogue, Doctor Maria Montessori (1870-1952) more than 100 years ago. It offers a broad view of education as an aid and a preparation for life. The Montessori approach is based on scientific research into the process of how children learn as they progress from birth to adulthood. Montessori recognised that every child is born with natural intelligence that can only develop with the right stimulation during their fir1t years of life.

Montessori materials are hands-on learning tools that guide children to discover key learning outcomes through repetition and practice. They isolate one concept or skill and are designed with an in-built control of error. This allows children to identify and correct their own mistakes. As children progress through the curriculum, the Montessori materials increase in complexity, providing opportunities to extend on learning. Children master learning outcomes through repetition and practice.

Montessori Academy’s Education Programs are child-centred, hands-on, and designed with multiple learning styles in mind. They focus on providing children with the optimal learning environment, materials, and guidance to discover their full potential.  Programs are child-led and self-paced while guided and enriched by knowledgable educators. In Montessori, the classroom, the students, and the educators come together to form a personalised approach to learning.

How is Montessori Different?

Unlike traditional preschools and childcare centres, Montessori learning is designed to nurture children’s complete development by providing them with the optimal learning environment, learning materials and guidance to discover their potential. Montessori learning is largely active, individually paced, often self-correcting, and tailored to the needs and interests of each individual child. The ultimate goals of Montessori Education are independence and preparing children with the tools and skills to become successful life-long learners. 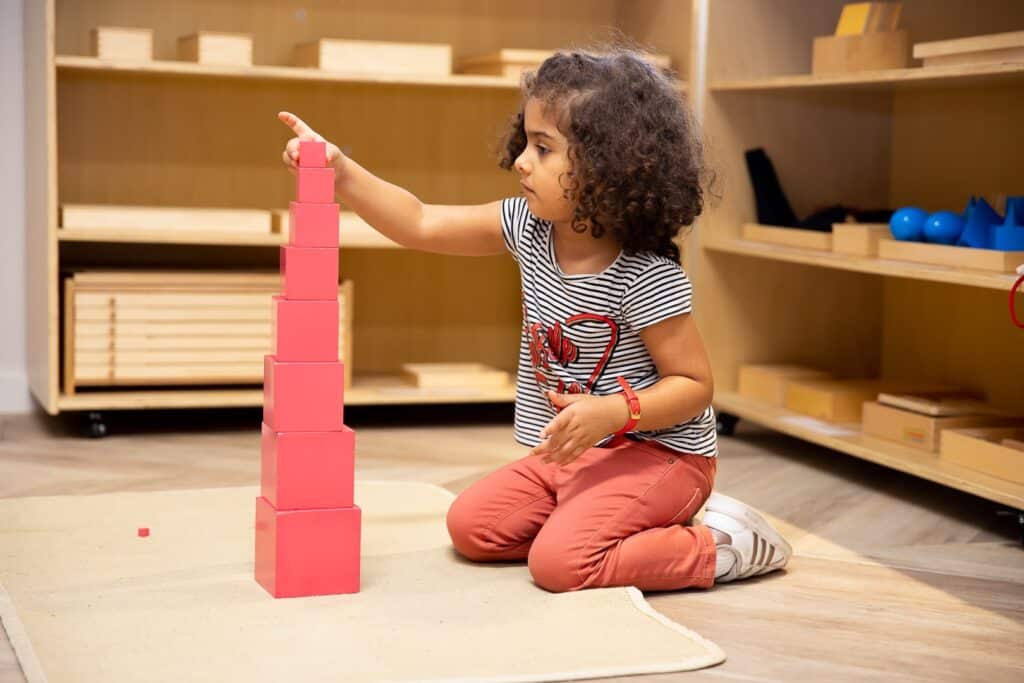 Where to next? Our Philosophy

At Montessori Academy, our guiding philosophy is to nurture the uniqueness of each child while respecting their individual, cultural, and family background. We do this through positive interactions with our students, their families, and our team. We show evidence of this through our Montessori education program, the structure of our educational teams, and through our prepared learning environments.