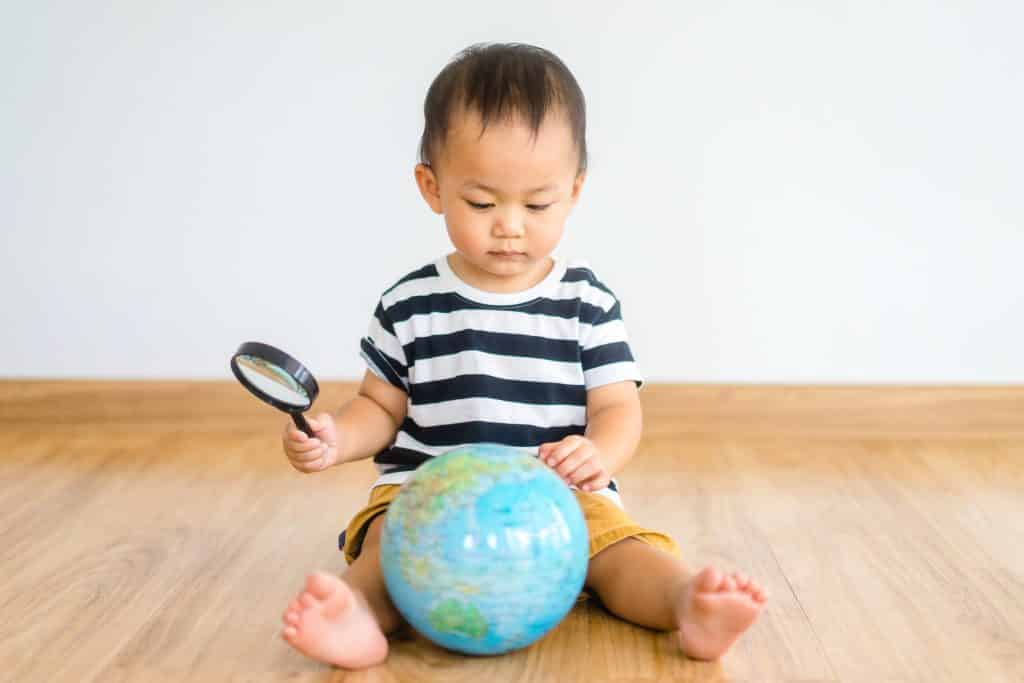 Australia is an ethnically and linguistically diverse country. The 2021 census revealed that more than one fifth of Australian households speak a language other than English at home. While the most obvious benefit of raising bilingual or multilingual children is gifting them the ability to communicate with a greater number of people whilst maintaining a connection to the family’s cultural heritage, there are also many other advantages. Children who learn more than one language often show increased cognitive functions such as higher concentration levels, enhanced problem-solving skills, and better memory skills.

What’s the best age for children to learn a second language?

Doctor Maria Montessori observed that children pass through specific stages in their development when they are most capable of learning a certain skill. She termed these stages ‘Sensitive Periods‘, which essentially describe windows of opportunity for learning.

She recognised that the Sensitive Period for language is from birth to age six, so it is never too early to immerse your child in a bilingual or multilingual environment. If your child is older, it may require more effort, but it is still possible for them to become fluent in another language. It is never too late to learn something new!

What are the different methods for raising multilingual children?

As the name suggests, with this method each guardian will exclusively speak their own language to the child i.e. one parent may speak in English and the other will speak in Mandarin. This method is often used in families where the parents don’t speak the same first language. Children will simultaneously learn both languages.

Families using this method speak two or more languages at different times or in specific situations i.e. one language in the morning and the other in the afternoon; or a different language in each room of the home.

There are no set rules when using this method. Rather than having one language used under specific circumstances, family members use two or more languages interchangeably. Each person is free to switch between languages naturally and when they see fit.

There are other options for monolingual families looking at introducing a second language, or parents who are not fluent or not comfortable speaking in their secondary language to their children. You could expose your child to a second language through preschool language classes, books, music, movies, or by spending time with a bilingual family member, friend, or carer.

A great option is to start learning the language yourself too, so that you can support them and practise together.

The method you will use will ultimately depend on your family situation, so choose the method that works best for your family. Try to be as consistent as possible, but don’t hesitate to change the method if the previous one wasn’t working for you, or if your circumstances change.