On the 31st of August, Montessori Academy celebrated the 148th Birthday of Doctor Maria Montessori (1870 – 1952) the Founder of Montessori Education!

Doctor Maria Montessori was born in Chiaravalle, Italy in 1870. Breaking down conventional barriers from her very early years, Montessori was determined to enter the male-dominated sphere of medicine and become a doctor. After initially being refused entry due to her gender, Montessori became the first Italian woman to graduate as a Doctor in 1896.

Soon after her medical career began, Doctor Montessori became involved with children with learning disabilities. This work initiated a deep interest in education, philosophy and anthropology, which led her to develop an education program that would assist children of all abilities to achieve their full potential.

In 1907, Montessori pushed her methodology into the mainstream, and opened her first Casa Dei Bambini “Children’s House,” where she applied her teaching principles on children with normal developmental patterns. By 1909, Montessori began her first training course, and published her first book, which has since been translated into more than 20 languages.

A period of rapid expansion of the Montessori Method followed, with Montessori schools springing to life across the globe. In 1947, Montessori addressed UNESCO with the theme of Education and Peace, and received a nomination for the Nobel Peace Prize in 1949. Montessori died in 1952 and bequeathed her legacy of work to her son Mario.

Montessori Academy are deeply honoured to continue Doctor Maria Montessori’s legacy of education, inspiration, and determination. Happy Birthday to a sensational woman whose legacy and life has changed the world! 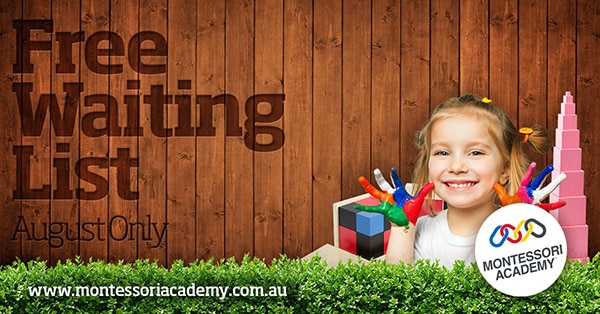